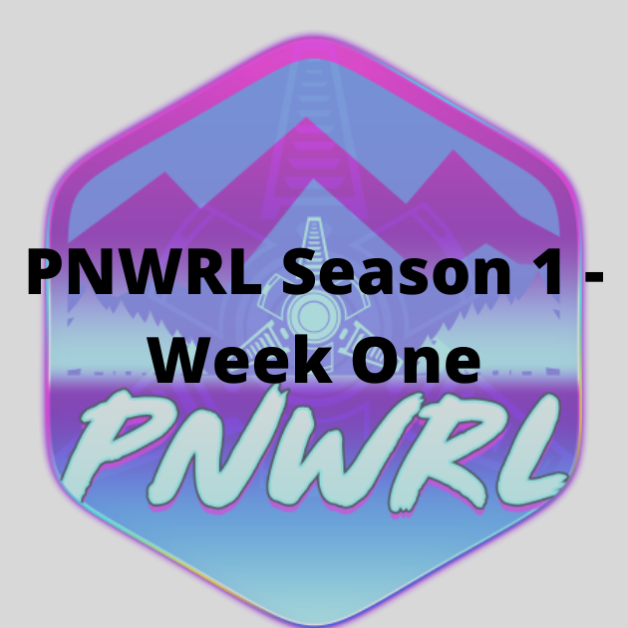 Season 1 of the Pacific Northwest Rocket League Series is here! New teams, new updates, new website, there is a lot to talk about week one so lets get started.

A lot of updates happened in the off season. One of those being a brand new website with a flashy new logo! The website is https://www.hotgarbagesports.com/pnwrl. Here you can see rosters, schedules, and much more so go check it out. Shout out to HotGarbageSports for hosting the website.

Another big update was the addition of social media. The PNWRLS now has a twitter page to post updates and a TikTok to show off those crazy clips! So, be sure to give them a follow to stay updated.

Also, there is now a set stream schedule for regular season games! Be sure to check out the twitch page every Wednesday and Friday starting at 7pm to catch some of the action. Did I mention there are some new announcers as well? Be sure to tell them how awesome they are doing!

Finally, if you are unable to watch any games or missed the stream, check out the official PNWRL YouTube page for all the replays and extra content your heart desires.

With a new season comes new teams and some team rebranding. Season 0 there were 8 teams total. Now there are a whopping 10 teams!

Unfortunately we lost the team Poopsie Party. However, three new teams showed up to the PNWRLS. They are the Misfits, FlyBy, and MidAirAntics. Each team getting a win their first week, except Misfits (but it was super close!), shows that they mean business, and challenge Vigilantes for the crown.

Here are the current standings after one week of play:

As expected, Vigilantes, Redacted, and Ball Chasing Dogs are off to a perfect start. However, it is still early in the season and now that week 1 jitters are gone, it will only get more interesting from here on out!

With a goal differential of 20 in just 6 games, Vigilantes were for sure the team of the week!

Looking Ahead to Week 2

The game of the week here has to be Ball Chasing Dogs at Redacted. Both teams are 2-0 and this could easily be a championship matchup here. Let me know who you are rooting for or be sure to pop in the Twitch stream and give a shoutout!

Keep an eye out for my week 2 recap next Monday and let me know what other content you would like to see included in these updates!