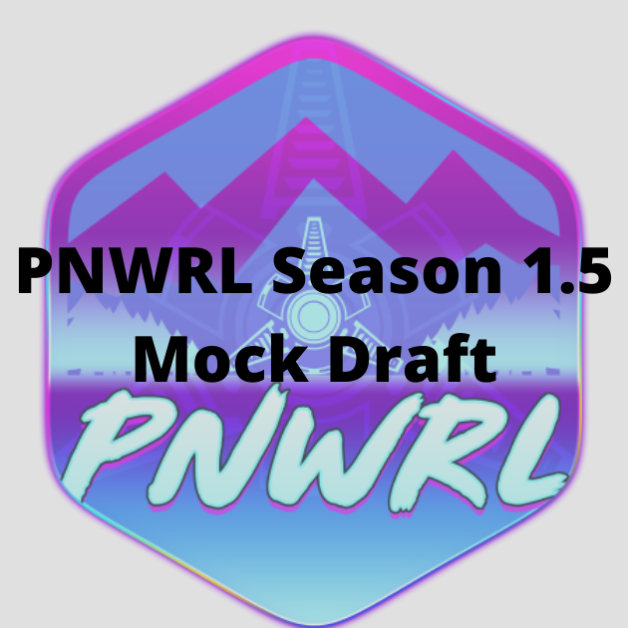 The wonderful admins of PWNRL have decided to mix things up a bit between season 1 and 2, the community has decided to go with a draft to determine the teams for this season. As much as people are excited for the season, I know what everyone is here for, Baby Lubs mock draft. Well, wait no longer, it’s time for someone who knows nothing to pretend they know everything and predict every single pick of the 1.5 season draft.

Here is a list of the 14 players in the draft pool this season. From highest 3’s rank to lowest, the draftees are:

To me and literally anyone who can fog up a window, this is the most obvious pick of the draft. Shep is absolutely the best player available in the draft pool. Former MVP who just has a nose for the goal, hits absolute lasers and he and Wreck play well together. This immediately makes Wrecks team competitive as he will drive around using 600000 boost like the mad man he is, and Shep will just be there to clean up his mess and score 5+ goals a game. Home run pick, absolute no brainer.

In my opinion this is another no brainer type pick. Uzi switched to PC a couple months ago and is showing how much potential he has. This man flies around the field, has really solid mechanics and demos almost as much as the god himself Gary Steeze. Mek and him will mesh well together as Mek is extremely solid in all facets of the game. They will play off each other’s strengths and weaknesses and will automatically become deadly.

Despite recent rumours that Krumpets will be using a PS5 controller before his new Xbox controller gets delivered, I still don’t think he falls farther than Ox. Krumpets is underrated in my opinion, a very mechanical player and him and Ox will be pre jumping each other and freestyling all over this league.

Two ball chasin dogs going in a row here. Henrizzle is a solid all around player and will complement Mukky very well. Watch for these two to be passing up and down the field and leaving defenders in the dust.

This is pretty simple, Mick wants to assemble the McSquad, unfortunately Meksendo is a captain, but getting one Mc is better than none. It’s also been rumoured that Mick would “LOVE” to have any suspect gamer on his team. Micro is an underrated baller, he’s up for literally everything and will surprise you with his mechanics, even though he calls himself a one touch player.

Despite recent rumours that Q considers me a 1st round pick, I don’t think he can pass up this value at 6. Reid is the last C2 on the board and I think this is a home run pick. I haven’t played with Reid but I’ve heard he’s solid all around and will mesh nicely with Q flying around the field making people look silly.

Coach Ranger coming in hot. Ranger wants a team of Diamonds to coach up all the way to GC. Raithe was showing out in 6 mans in my opinion, he’s just a boost of confidence away from being cracked. Ranger is going to coach him up and by mid season he’ll be a different player entirely.

You saw the chemistry in 6 mans with me Shep and Wreck. I will gladly play 3rd man and watch both Wreck and Shep score 5 goals a game.

This just feels like a Meksendo pick, I honestly can’t believe Baron is in diamond, he is very good. Baron is a little more of a passive player which will balance out Uzi’s aggressive playstyle and make this team as well rounded as you can get.

I have only heard good things about Vulk, and Ox will be looking for a value pick here at #10. I know that Reid and Vulk play a lot together and their chemistry is there, but unfortunately I don’t think Vulk falls to Q. This pick could very possibly win Ox the championship, solid team all around.

DK is cracked. The merc main himself is going to Mukky here at 11. This is some mega value here in the 2nd round, DK will round out the team nicely, Mukky Henrizzle and DK will be passing more than Barcelona in their prime.

KhaoKG might be the most underrated player in the draft. Positions very well, passes well, demos like crazy, there’s really nothing he doesn’t do well. People from season 1 might forget that in season 0 Khako was on a very competitive Zero Impact squad and routinely showed out week in and week out. Watch out for this team.

This man is consistently slept on, just because he isn’t doing flippers and air dribble double tap musty ceiling shots doesn’t mean he isn’t valuable.Granwe is solid all around and has a very adaptable playstyle. Q finds himself some good value here at pick 13.

Ranger rounds out his diamond team with another diamond in the rough. JHag is better than you think and with a little help from Rangers elite coaching, he will become a very formidable player.

What a draft! The best part about this is every single player is worth drafting. Everyone holds value and there really isn’t a bad pick in the bunch. Looking forward to Season 1.5 and may the best team win!