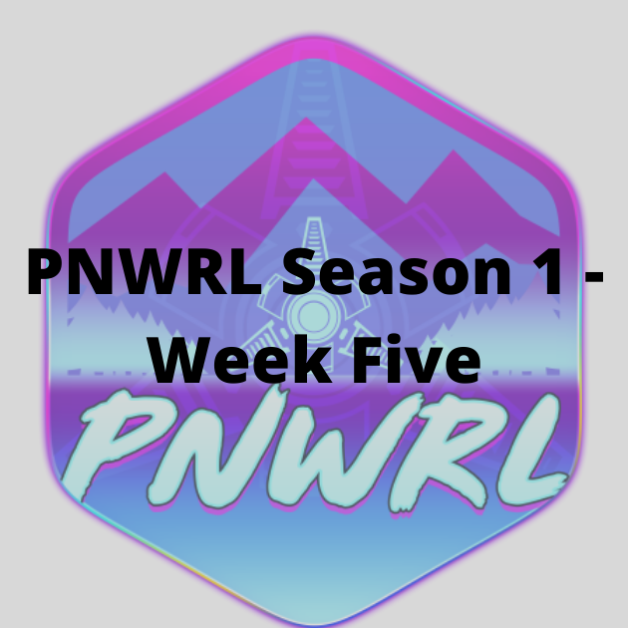 We are officially halfway through the season now and entering the All-Star Break. This break will last 3 weeks, with various events each weekend. But first, lets take a look at how this last week went.

MidAirAntics and Washington RL Team Get a Promotion

There were only two changes this week in the standings, compared to week 4. MidAirAntics were able to pass Vigilantes for the number two spot, after Vigilantes lost to Ball Chasing Dogs in a 5 game matchup. MAA is looking like they could be the team to beat after the All-Star Break, allowing less goals than even Redacted has. However, Redacted has scored 25 more goals overall, which is pretty astounding!

Washington RL Team was the other team that improved in their standings. Even though they went 1-1 this week, playing a tough matchup against MidAirAntics, Suspect Gaming unfortunately lost both of their matches. Compared to last season, WA RL Team has 3 more wins going into the All Star Break, and are on track to finish in the top 8.

The All-Star Break is a time to relax and switch things up a bit for a few weeks.

The first weekend of the break will kickoff with various game modes and randomized teams Friday night. These will consist of all the extra game modes like Dropshot and Rumble. I hear there may be some new game modes and possibly some special discord titles to be earned, so tune in Friday night at twitch.tv/pnwrl.

After all of the random festivities, the All-Star draft will begin. Each player in the league casted several votes for who they thought should be in the All-Star tournament. The top 4 players will then draft from the other top 12 finalist, to make four teams of three. These teams will compete Saturday night in a standard tournament with the finals being a best of 7 matchup.

At the end of the All-Star break, everything will be back to normal with teams competing in a tournament to be crowned the mid season champion. This is a perfect opportunity to see how well each team has improved during the break and get a taste for the postseason.

Redacted is the clear favorite here, but could we see an upset? The Mid-Season Tournament kicks off July 11th at noon on the official PNWRL Twitch channel.

And that’s a wrap for the first half of the season. I will be back the Monday following week 6 for the recap. Be sure to check out my other rocket league guides like The Definitive Rocket League Rank Distribution Guide or take a look back at the previous weeks recaps here.