The Best Ranked Multiplayer Guide for Halo Infinite in 2022 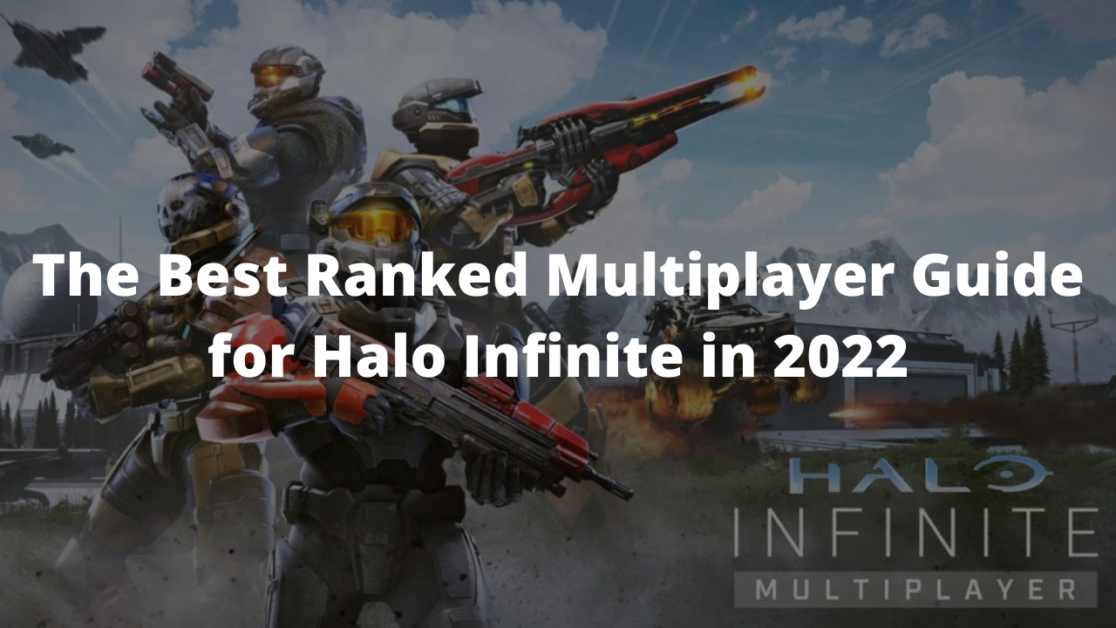 Ever since Halo 3 came out, there hasn’t been a shooter that has piqued my interest very much. Tons of games have come and gone, quickly going from downloaded to uninstalled. However, that all changed when Halo Infinite was released.

343 Industries has finally released the best Halo since Halo 3, and it feels great. My spark was reignited, and I am currently working my way up the ranked bracket.

With this in-depth guide to Halo Infinite’s ranked arena, I will describe how the system works, what ranked arena is, what seasons are, and give you 5 tips on how to help you improve your individual performance.

How Does the Halo Infinite Ranking System Work?

From what we can gather, Halo Infinite’s ranking system is very similar to Halo 2 in terms of how you gain or lose ranking points. However, instead of being a simple rank between 1 and 50, Halo Infinite ranks are 6 divisions, each with 6 tiers (excluding onyx division).

Halo has one of the best systems for increasing/decreasing your competitive skill rank. Brought about in Halo 2, and eventually used as the main rank progression in the Master Chief Collection, it’s not just about the win/loss ratio like a majority of other games. Instead, Halo’s ranking system works by rewarding you based off of your personal performance.

Basically, if you play well and win, you will get a huge boost to your rank after the match. However, if you play poorly and your team still wins, you will not gain much.

Inversely is true for when you lose. Play well and lose, you can expect only a minor drop in rank.

It’s important to note that since there are objective game types, kills won’t always increase your rank that much. For example, getting 20 kills in capture the flag with no flag captures or flag carrier kills, might not be as rewarding as someone who has 10 kills and 2 captures.

This is nice as it rewards players who play the objective and not just go for kills.

Halo Infinite has six different ranks, or divisions. They consist of Bronze, Silver, Gold, Platinum, Diamand, and Onyx in that order. Bronze through Diamond also each have 6 tiers while onyx stands on its own. Only the best of the best will reach onyx rank, and each player in this division will be competing to be the best spartan in the world.

Once a player reaches the highest rank, onyx, they are given a number starting at 1500. Instead of advancing to new tiers, this number will either increase or decrease with no known maximum. If you can get to onyx 1900, you will have a good shot at competing in the HCS.

What is Ranked Arena?

Ranked arena is currently the only ranked playlist in Halo Infinite. The ranked arena playlist is a grab bag of Capture the Flag, Oddball, Slayer, and Strongholds.

Along with the different game modes, you can also change the search query. The different queues are Open and Solo/Duo.

With Open, you can play with up to 3 friends. However, you run the chance of going against a group of 4 also. This is where Solo/Duo queue is nice, as teams will be more balanced since full groups can’t sign up.

You can even refine your search to include a different input method like Crossplay, Mouse/Keyboard, or Controller. Do note however that the Open queue can only have an input of Crossplay, so you will be matched with a mix of mouse/keyboard and controller users.

Important note: each search query and input has its own rank associated with it. For example, if you play 10 games in Open Crossplay and get Gold IV, then when you play Solo/Duo Controller you would have to do another 10 ranked matches.

Once you choose your queue and input, matchmaking will find teammates and opponents with a similar skill level to you, ensuring a fair match.

Ranked arena has different game settings than the other playlists. The changes aren’t drastic, but they do provide a more competitive feel to the game.

First off, each person starts with a BR75 (Battle Rifle) instead of the standard MA40 AR (Assault Rifle) and MK50 Sidekick (Pistol). Timing your shots and aiming for the head is crucial in ranked.

Another major difference is that there is no radar on your HUD. You will have to be listening for footsteps and communicating with your teammates to get the enemies location.

Weapon spawns are always the same on each map. In social playlists like team slayer, weapons and vehicle are randomized each time. However, in ranked you can always expect the sniper or shock rifle to spawn in the same spot every time.

The final big change in ranked arena is that friendly fire is turned on. So don’t go throwing random grenades or fire a careless rocket. You can kill your teammates, and that could be a very costly mistake.

Along with all of the different settings, there is also a set pairing of game types with maps. For example, oddball and slayer can be played on live fire, but you will never see capture the flag there.

The different game types are:

Oddball: Best of 3 rounds, players must be in possession of the skull (ball) for a total of 200 seconds.

Slayer: Get kills to score. First team to 50 wins the match.

Capture the Flag: Bring the enemy team’s flag back to your base. Your team’s flag must not be stolen in order to score. First team to capture 5 flags wins.

There are 5 maps in the ranked arena rotation. The maps are:

Here is a table showing the various maps and what game types can be played on them.

Seasons in Halo Infinite are a way to track your rank over a set amount of time. When looking at the leaderboard, you will be able to display your rank per season and see how you have progressed.

Typically, seasons are themed and unlock a whole new set of items in the battle pass. Along with new items, your rank also gets reset and you must complete the 10 placement matches again.

Halo Infinite season 1 is currently ongoing and goes until May 2nd.

There is also the weekly challenge item that you can earn by completing every challenge for the week, then doing the ultimate challenge. These are typically longer challenges like get 50 kills or win 5 matches.

If you are close to your weekly ultimate challenge and get stuck, don’t forget to use a challenge swap as this can help get you an easier challenge. You can unlock challenge swaps through the battle pass or certain events.

Also, unlike other games, the battle pass will never go away. This allows players to unlock items years from now and not have to worry about a timeline.

5 Tips to Help Improve Your Rank and Performance

Now that you understand how ranked arena works, here are 5 tips to help you improve your rank and performance.

Study. Study. Study. You should be able to know where each weapon/equipment spawns at and the shortcuts needed to traverse the map you are playing. Utilize the map images above or go into a custom game and walk around. There are also several YouTube videos showcasing different strategies and shortcuts on each map.

Halo is just more than slayer in ranked arena. However, it always seems there are people who would rather go for the kill, than to secure an objective.

Kills are great and can help your team win, no matter what game type you are playing. However, don’t be that person that doesn’t pick up the oddball because you can get a few more kills without it.

Stick With Your Team

This can be tricky, especially with a group of random players, but try to stay together as a squad. Running one at a time into the enemy’s flag spawn rarely ever works and can leave your team outmatched when they counter push.

Don’t be afraid to do a couple quick play matches first. I personally like to play some tactical slayer followed by quick play before I hop into ranked. This will warm up your hands and make reaction times quicker. Once you feel comfortable, typically about 3-4 games, then hop into ranked arena.

Be in the Right Mindset

Mindset is crucial when it comes to the competitive scene. Make sure you aren’t hungry or thirsty and try to keep a cool head. Nine times out of ten, if someone starts getting upset at the game, they are more likely to get worse instead of getting better.

If you feel like you are on the verge of tilting or are getting upset, take a 5–10-minute break. Then come back with a clear mind and your performance shouldn’t take a hit.

Halo Infinite’s multiplayer has definitely set a new bar when it comes to competitive shooters, and I love it. Hopefully this guide will help you out on your journey to become the best spartan out there!