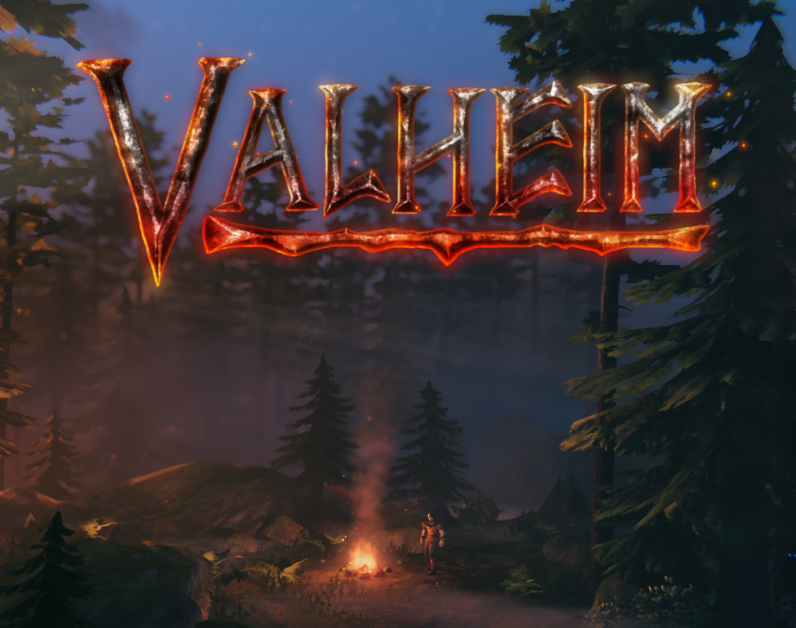 In this survival game, you will play as a deceased Viking warrior, sent not to Valhalla, but the realm known as Valheim. In this enormous open world, you will build huge bases, explore deep dungeons, and fight monstrous bosses. Whether you are playing with friends (which I highly recommend) or playing alone, here are 15 of the best beginner tips.

1. Craft A Hammer Right Away

The first thing you want to do when starting out is craft a hammer. Pick up 3 sticks and 2 stone, go to your crafting menu, click on hammer, then hit “Craft”. Don’t be like me and think the hammer is a weapon, only to play for over an hour wondering how the heck you build something.

The hammer is probably the most important tool you can craft. Once you have the hammer equipped, right click and you will be able to see a build menu where you can craft walls, campfires, workbenches, etc. Now you can craft to your heart’s content!

As you begin crafting and thinking of building your base, you will realize wood is essential. The best way to get wood early on is to craft the stone axe and cut down any tree in your path. However, falling trees in this game will kill you, if you don’t have a lot of health. So be sure that when you cut down trees, watch where they fall!

Bonus Tip: Avoid trolls in heavily wooded areas. Trolls knockdown trees in thier path, and as you keep your eye on the troll, you might not notice the tree that is falling on your right. This can also cause a domino effect, as when a tree falls, it will damage anything else it hits, including other trees.

3. Map Markers are Your Friend

I can’t tell you enough how important map markers are. When you pull up your map, you will be shown the areas you have been to, known boss locations, the starting altar, and your current spawn point. That’s it. The rest is up to you to fill out.

Luckily there are 5 symbols, on the bottom right of the map, you can assign to represent whatever. Just click the icon, then right click the map to place it. Once placed, you will be able to name it. I recommend marking any ore you find, dungeons, and separate biomes. If you left click your marker, it will put an X through it. This is good for indicating completed dungeons or cleared ore deposits. To delete, simply right click again.

4. You Cannot Starve or Die of Thirst

Unlike other survival games like Minecraft or Don’t Starve Together, you do not need to eat or drink to stay alive. The way eating in this game works is that it will buff your overall health and stamina while also increasing health regen rates. Different food gives separate health/stamina buffs, with cooked foods typically being the best. As the duration of the food gets close to expiring, you will notice your stamina/health begin to drop back down to their starting values. Simply eat again to regain everything.

Each player can eat up to 3 different types of food. Some foods, like berries or carrot soup, give more stamina than health. Whereas, meats add to your health bar more than stamina. If you are building your base, it isn’t recommended you eat food, as there is little danger and unless a tree falls on you, you shouldn’t die.

5. Build Near the Water and Dark Forest

Picking your first base location can be difficult in this massive world, but I would recommend somewhere near water and the dark forest. You will want to stay in the meadows, as that is the safest zone. The reason you want to be near the dark forest is because once you get that sweet pickaxe, you can mine copper. Copper ore weighs a ton, and it is a pain carrying it long distances.

The water is important because you will want to be exploring as much as you can. Now, the raft is not the best at maneuvering, and I would avoid using it at all. However, once you get copper you can build a Karve. With the Karve, you can go island hopping and return any materials you find right back to base. Just be wary when traversing the ocean biome. This is a survival game afterall!

One of the best aspects of this game is that when you deconstruct something, you get 100% of the materials back (Unless it glitches through the floor. But that has only happened to me a couple times). Therefore, all those useless huts and abandoned buildings you see on your travels can be deconstructed for quick materials. All you need to do is set a workbench down near a hut, and deconstruct any wall/roof/chest you see. Much easier, and safer, than chopping down trees all day.

Bonus tip: Keep an eye out for wild beehives. When deconstructing those, you will get the queen bee. The queen bee is used in crafting the beehive hut, which when placed, can create constant honey to eat or craft with later on. Another perk of the beehive is that the bees will fight any creature that threatens them, making a great extra defense to your base.

7. Make Sure to Craft the Pickaxe First After Defeating the First Boss

There are several bosses in this game, each one much harder than the last. However, the first boss you will probably fight within a few in game days of starting out. He isn’t very difficult if you have some armor and a basic weapon, just be sure to eat before you fight. Once you take him down, he will drop 3 hard antlers. There are a couple crafting recipes these are used in, but you will want to build a pickaxe as soon as possible. This will let you be able to mine copper ore, found in the dark forest biome.

8. When You Die You Lose Skill Levels

Skills in this game level up a lot like the Elder Scrolls games. For example, as you sprint, you will gain experience in the sprint skill and your proficiency will go up. This caps out at level 100. However, when you die you will lose 5% of the overall skill level for each skill!

So, let’s say you were level 100 in spears. If you die, you will lose 5 levels and have to regain all of that experience. Luckily, you will get an effect that lasts 10 minutes, where if you die again, you won’t lose any skill levels.

9. Craft the Chopping Block and Tanning Rack to Upgrade the Workbench

With each level, you will be able to upgrade simple weapons, tools, and cloth armor. You can only upgrade items to the level of the workbench. And, keep in mind, you can only repair upgraded items at workbenches that also are at that level or higher. For example, a level 2 hammer can only be repaired at a level 2 or higher workbench.

As you progress through the game more workbench upgrades and new items will become available, so keep checking the craft menu whenever you return to base.

In the world of Valheim, anything you equip will deteriorate as you use them. One unique aspect of this game is that repairing anything is free. As long as you have the correct workbench and its level is equal to or higher than your items, just spam click the hammer button in the workbench menu. Each click will repair one item in your inventory back to 100%.

Bonus Tip: When exploring, bring materials to build a workbench and its upgrades so that you don’t have to return to base to fully repair your gear.

11. Troll Armor Will Get You to Mid Game

When you first come across a troll in the Dark Forest, you will most likely be intimidated. Yes, these monsters will probably be the first “tough” creature you fight. However, they actually aren’t too difficult to kill. Trolls attack very slowly and can be easily dodged. Get a few attacks in, then get ready to dodge the next attack. Rinse and repeat. Just be wary of your stamina, and you should be fine.

When you kill a troll they will drop troll hide. To craft a full set of troll armor, you will need to kill about 5 trolls and several skeletons (found in and near dungeons). You will also need to upgrade your workbench to level 3. The armor set gives a base defence of 19 and a 25% sneak boost! Compared to the bronze armor, which gives 24 defence but -10% move speed, the troll armor will suffice until mid game.

When it is raining out, you will constantly have the “wet” condition if you are outside. This effect reduces your stamina regen rate by 50%! Therefore, if you get into a fight with a troll or a 2 star skeleton, you will deplete your stamina and not be able to dodge or block when it really matters. So, spend rainy days updating your base or exploring nearby areas. But if you are out exploring when it starts raining, just be wary of your stamina and avoid major conflict.

13. Build A Cart Once You Start Mining

Mining ore will take up a ton of inventory space as ore is super heavy to carry. To avoid taking multiple trips, build a cart to help you out.

Carts are fairly cheap to build and do not slow you down that much. It may take a little longer to get to the deposits, as you will need to go around small trees and avoid steep hills. But, it will be worth it when you can keep mining until your pickaxe breaks, and bring back everything in one trip.

Deer become vital later in the game as you will need deer hide for a lot of crafted items. However, deer are very aware of their surroundings and will run if they smell you or hear you running in. You will need to stay downwind to avoid deer picking up your scent. To check the wind direction, you can look at the arrow on the lower left corner of the mini map or keep an eye out for the shimmering streaks in the air.

Now when hunting for deer, its imperative that you use a ranged weapon. If you spook a deer, you will spend all your stamina chasing it and trying to get swings in. Instead, simply kill a few boar for their leather scraps, and craft a crude bow with some arrows. A spear will also work, but it can be easy to lose in the dense brush.

Before exploring any new biomes, be sure to make a storage chest to put your most valuable items into. The difficulty in this game escalates quickly, with each biome being way harder than the last.

There are currently 6 biomes, and their difficulty order is: Meadows -> Dark Forest -> Swamp -> Mountains -> Plains. The sixth biome is the Ocean and its difficulty varies. This is a pretty open zone and mainly just seen while traveling by boat. But don’t be fooled, there are still dangers to avoid here. You will have to discover that on your own!

Now go out and Explore

With all of these tips, you should be able survive a lot longer while traversing the world of Valheim.