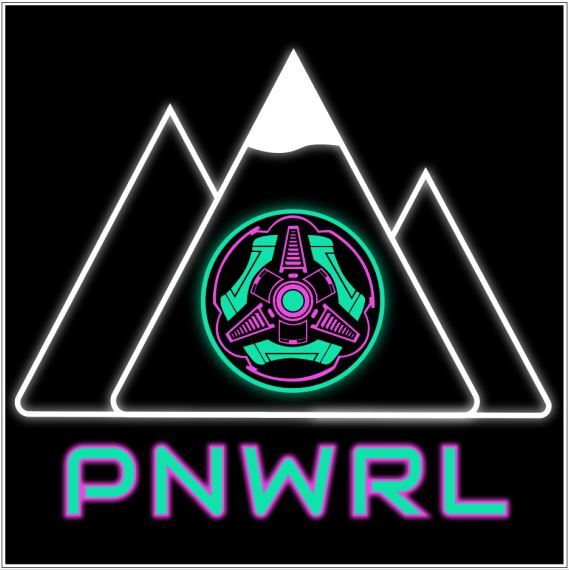 This year marked the beginning of the Pacific Northwest Rocket League series and boy, was it incredible. Here is a quick recap of season 0.

What is the PNW Rocket League Series?

The Pacific Northwest Rocket League Series is a small association of players, mainly from the Seattle area, with an RLCS feel. You may not see the crazy freestyle aerials or flip resets that the RLCS players constantly show off, but you will find some friendly competition and a great group of players just wanting to have fun.

Throughout the week you can catch some games live on the official PNWRL twitch channel. However, if you are unable to watch any games during the week, every Monday there will be a recap of the top matchups that week.

With announcers like Obrocho, Hoekie, and Boozebear, there are always a lot of laughs and some excellent commentary.

From diamond players to grand champions, eight teams were formed to compete and kick off this series. Here is a quick look at the teams.

First Half in Review

Getting to know how your team plays together and just getting that time in was what my team, Zero Impact, focused on. KhaoKG, Darkblitz, and I have played rocket league for years together, but we never really put in the time to push each other to get better.

Talking to other teams, they were also putting in the effort to compete and see themselves improve. Either by just playing together online, or scheduling scrimmages, each team was willing to go above and beyond to have a chance at claiming the season 0 trophy.

As we got closer to the All Star Break, teams who struggled in the first couple weeks saw massive improvement. We also were able to clearly see who the teams to beat were going to be.

However the player to watch wasn’t on either of these teams. In fact, Sheptastic lead the league in points, goals, points per game, and goals per game. Also, coming in second in saves, saves per game, and shots per game.

The All Star Break was broken down into two weeks. The first week was a mix up of teams playing in extra game mode tournaments followed by the all star match. Four extra mode tournaments were played. 1v1, Dropshot, Hoops, and finally Rumble.

Qrouton. Qrouton. And Qrouton.He was clearly the MVP of these, as he won in 1v1, Hoops, and Rumble. (Unfortunately he didn’t play in dropshot, but I am sure he probably would have won that too.)

As much as Qrouton kept winning, the real star of the show was the sheriff himself, Keel. He not only played in the scarab for every event, but also wore the very fashionable cowboy hat.

Midway through the tournaments, the top three all-stars (sheptastic, ox, and wrektangle) drafted a team for the all star series. Picking from the other top six players, voted on by others in the league, the final teams looked like this:

Later that night we saw these teams play each other, and it was exhilarating! Each team would play each other once in a best of five series, with the finals being the top two teams.

The finals were a best of seven series. This is where we saw Wrektangle’s team beat Sheptastic’s team, going 4-2 on the series and take the All Star crown.

Teams were back to normal this week, as everyone competed in a double elimination mid season tournament. All matches were a best of five, with the finals being a best of seven. This was a chance to show off how much everyone had improved along with a chance to win bragging rights and be crowned Mid Season Champions.

As you can see from above, Vigilantes dominated the tournament, only losing a total of 4 games. In addition, they were able to beat Second Round Exit twice that night. You can catch a replay of the entire tournament here!

Overall, the all-star break was a great way for everyone to get together over the two weekends to play some fun game modes and root for the top players in the league. I am definitely looking forward to the season one all-star break!

As much as I loved scoring against my teammates in rumble (looking at you KhaoKG), it was time to get back together and finish the season strong. And right away we saw teams showing off their skills and getting incredible wins.

Vigilantes swept Second Round Exit to hand them their first loss of the season, securing the top spot on the leaderboard! The two other changes to the leaderboards was Zero Impact, jumping up one spot to pass Kiss My Anthia for fifth place and Poopsie Party sending Washington RL Team to the bottom.

Here are the final standings for Season 0:

This was only a very brief summary of the first season of the Pacific Northwest Rocket League Series. Moving forward, I will be posting weekly updates that go more in depth, so be sure to check back in to read the latest updates.

Looking Ahead to Playoffs

With the regular season wrapped up, it’s time to head to playoffs! The team to beat here, in my opinion, is going to be Vigilantes.

Flask and his team play faster than any team in the league and each player is like a 10 foot wall. Granted they lost to Second Round Exit early in the season, they were able to beat them twice in the mid season tournament.

I wouldn’t be surprised if we saw Vigilantes play Second Round Exit in the finals. However, as any sports fan knows, even the best teams can lose in the first round of playoffs.

You can catch the playoffs live, spanning two weeks, streaming Thursdays and Saturdays starting March 18th on the PNWRL Twitch channel. And if you are unable to catch these games live, be sure to keep an eye out for my playoff recap each week.

As with any series or league, changes are a constant thing. As this series evolves, rules will change and kinks will get worked out. This is just the beginning of something amazing. I, for one, am excited to see just how big this series can grow.

If you have a team that wants to participate, or just want to be a free agent, hop on over to the PNWRL page and keep an eye out for registration, which will probably be after the conclusion of season 0.

Read next: PNWRL Playoffs – A Captivating Beginning to the End of Season Zero